Noah’s latest obsession has been Spiderman.  He has never seen a Spiderman cartoon.  However, he has found every version of the “Daddy Finger” song on Youtube.  The “Spiderman Finger” version is his number one choice for when he is rewarded with a few minutes on my phone, during the weekend.   So of course, Spiderman had to be the theme for his birthday party. I decided to create a New York City scene – tall buildings that included the Daily Bugle and Noah Enterprises.  I wanted to have more color than just red, black and blue, so I wrapped some shoe boxes with green, yellow, red, and light blue paper.  To create the illusion of Spiderman out at night, I added black squares to the buildings, which would be the windows.  I also cut out a skyline on black board paper for the backdrop. 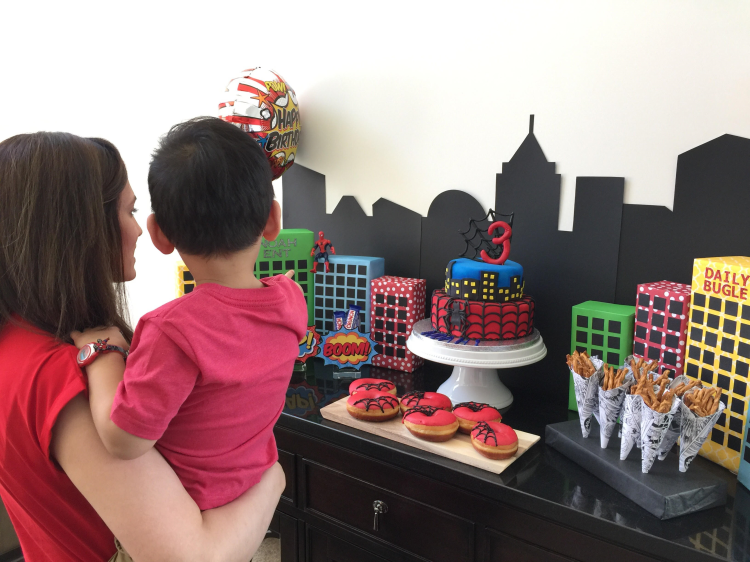 I ordered the cake and donuts from HyVee.  We were very pleased with how they turned out!  Their bakers are very skilled and their customer service is top notch.  We would definitely use them again for parties. I found some black and white comic strips online and printed them out.  Each sheet was very easy to roll into a cone and tape to hold.  In order to have them standing as a holder for the pretzel sticks, I would need a stand.  Luckily, I found the perfect sized shoe box.  I evenly poked some holes into the cover of the shoe box and wrapped it with black tissue paper.  Tada!

Throughout the house, with the help of my mom and mother-in-law, we added the signature black and red colored balloons. They also made for a good centerpiece. In the next room, we set up a table with blank masks for the kids to get creative and make their own.  We also had a fun game to play – pin the spider in the spider web.  Whoever was closest to the center, won a prize. Noah and his guests had a blast!  I also had a lot of fun creating his dessert table and watching Noah’s expression at first glance. 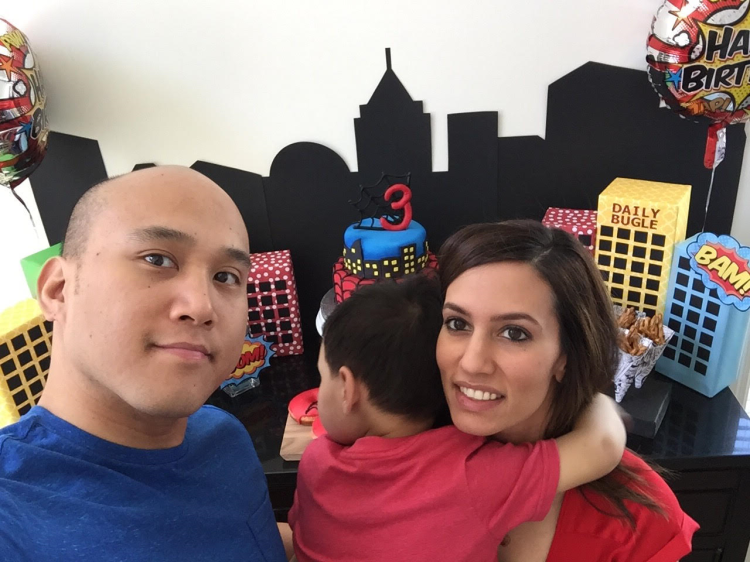